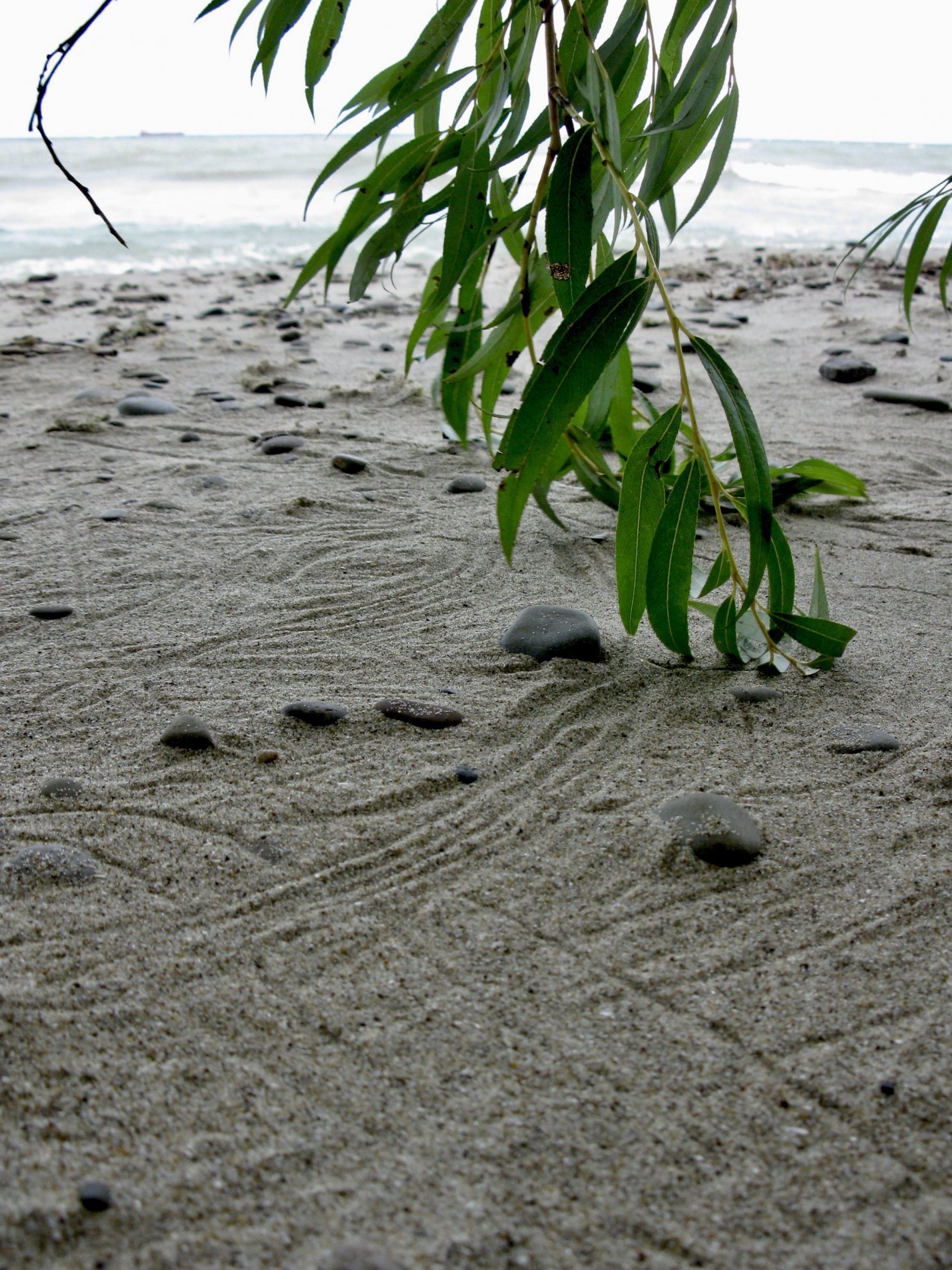 I ripped the tuft of fungus off the twig
like a bandage stuck to dried blood.
Every tree was my patient.
They were more responsive, more feminine
than dolls with their automatic eyelids
and plastic thighs. The willow was the ghost
of a drowned woman who sang, dragging her arms,
her body swaying on the low notes,
standing on a rock slapped by the sea.

I put up my hair and it bloomed
into a dandelion. In the sky, islands
drifted and reattached. Stranded
on a larger island, I sucked the juice
from bitten stems. Their hidden haunches
against the trees, the butterflies' wings
would fold and open, showing spots and streaks,
like silent breathing. They left
and undecorated the bark.

When the morning poked into my room,
I was already scratching letters
on the white rows of the page.
I liked to press so hard with my pen
that I could rub the sunken words
like backwards braille. T was the outspread
branches of the magnolia tree; O the big
white blossoms collapsing open
with their own weight.

One day a cocoon cracked
and opened the frozen home.
I glimpsed a raccoon's pinecone tail
scurrying into the brush.
A leaf leapt away on six legs.
I climbed along the sidewalk hills
buckled by the oaks, while
on the vines yellow trumpets played
songs for wanderers.

Kate Deimling translates books from French on topics including the wine industry, fashion, and Renaissance art. She has a Ph.D. in French literature from Columbia University and previously worked as a professor and an art journalist. A native New Orleanian, she lives in Brooklyn with her family. She has recently returned to writing poetry. Her website is katedeimling.com.

Statement by Featured Artist, Shelley Thomas: The images in the poem read like a child’s eye moving over the natural world. Snapshots of moments. Observations of details. Descriptions are raw and visceral, evocative and crisp.  The image of willow tree in the first stanza brought to memory a moment during a comb, minutes before a storm hit.  Wind was in the branches and the willow danced on the beach.  Movements were fluid and feminine; branches twirled, twisted, and lightly caressed the beach leaving signatures in the sand.
Art: “Dance,” 2016 (‘Secret Beach’ Lake Ontario, Canada)