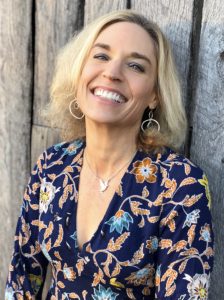 Sandy Coomer, Founding Editor – A native Tennessean, Sandy is a poet, artist and endurance athlete. She loves words, books, creating, planning new adventures, nature (trees, birds, and rivers), mentoring other writers, wine, and ice cream. She is a self-professed “Idea” person. She fills up her cell phone storage with photos of flowers, rocks, lichen, seedpods, anything natural and textured so she can draw them later. One of her biggest thrills is to gather the blackberries and raspberries she grows in her backyard in the summer. Sandy has published over 150 poems and over 150 pieces of art in journals and magazines. She is the author of three poetry chapbooks – Continuum (Finishing Line Press), The Presence of Absence (Winner of the 2014 Janice Keck Literary Award for Poetry), Rivers Within Us (Unsolicited Press) – and one full-length collection, Available Light (Iris Press). She is a multiple Pushcart Prize and Best of the Net nominee and her poem, “Calligraphy” was a 2019 Best of the Net finalist. Sandy is the founder and director of Rockvale Writers’ Colony, a non-profit organization in middle Tennessee (www.rockvalewriterscolony.org) that supports writers of all genres and backgrounds by providing safe, inspiring writer-in-residence opportunities and themed weekend retreats. She is a teacher, a dreamer, and an explorer. Her favorite word is “believe.” www.sandycoomer.com 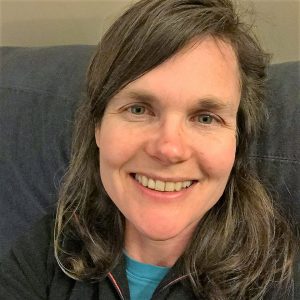 Christine Fraser, Editor – Christine grew up in Grand Rapids, Michigan. She started writing poetry in high school. She spent many years in Chicago as a student and an editor of an elementary mathematics curriculum. She holds a bachelor’s degree in English literature from University of Chicago and a master’s degree in education from Loyola University Chicago.  Christine now lives in Minneapolis with her husband and two children. She has published several poems in a local poetry project collection. Currently working as a stay-at-home parent and freelance editor as well as a poet, she is learning to speak Spanish and spends much of her free time playing with her family, baking, reading fiction, and hiking and camping in beautiful places. 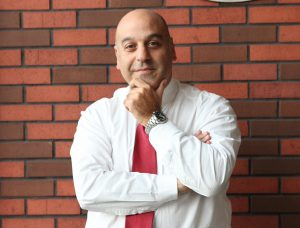 Shahé Mankerian, Editor – Poet Shahé Mankerian is the principal of St. Gregory Hovsepian School in Pasadena and the co-director of the L.A. Writing Project. He is the recipient of the Los Angeles Music Center’s BRAVO Award. In 2018, Sum literary journal nominated Mankerian’s poem “In Twos” for the Pushcart Prize. Two online publications, Border Crossing and Cahoodaloodaling, have nominated Mankerian’s poems for the 2018 Best of the Net. Visible Poetry Project animated Shahé’s poem, “The Last Mosque,” and premiered it at the 2018 New York City Poetry Festival. Shahé received the 2017 Editors’ Prize from MARY: A Journal of New Writing. 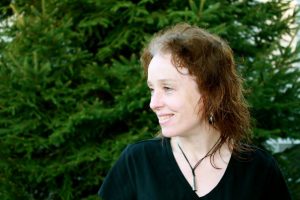 Therese L. Broderick, Editor – Therese has spent most of her life in scenic upstate New York. As a poet (MFA, Spalding University), she has served the vibrant, diverse community of Albany writers in many roles: featured reader, classroom guest, contest judge, discussion group leader, workshop instructor, tutor of a Burmese immigrant, and member of a weekly critique group. Her poems have won several prizes, including the Intro Journals Project award from the Association of Writers & Writing Programs. She is the author of one full-length collection, Breath Debt: Poems, several chapbooks, and many reader reviews on Goodreads. She loves tai chi, world travel, philology, cats, and her family. She is now investigating Won Buddhism and Somali poetry. 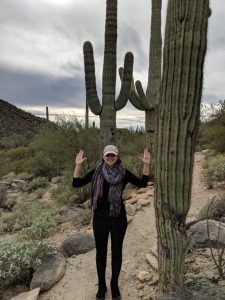 Yasmin Mariam Kloth, Editor – Yasmin has been keeping journals and scribbling lines of poetry since she was eight years old. Her greatest inspiration is her five-year-old daughter, whose questions open an infinite number of doors into imaginative and creative worlds. Born in the U.S. as a first generation child to Middle Eastern parents, Yasmin’s poetry and creative non-fiction scratches at love, loss, place, and space, with a focus on exploring her heritage. An emerging writer, her work has appeared in literary outlets such as Gravel, West Texas Literary Review, JuxtaProse, O:JA&L,  Willawaw Journal, Rockvale Review, and others. A yogi at heart, when she’s not writing or working, you can find her standing on her head. Yasmin lives in Cincinnati, OH with her husband and daughter.